The role of personality in predicting depression and mental well-being.

Unlocking your Turtle Song: Creative potential in people living with the Dementia

Emma Williams, MSc in Cognitive and Clinical Neuroscience
Exploring the effects of tDCS on mood in healthy older adults.

Debbie Luxon, Summer Bursary Student on a project examining quality of life in middle aged individuals with and without autism.

Elena Mariezcurrena, Research Assistant on projects examining the impact of art on well-being in ageing.

Ionela Juri, MSc in Cognitive and Clinical Neuroscience
The impact of brain stimulation on mood and working memory perofrmance in ageing.

Emilie Johansson Nolaker, BSc (Hons) in Psychology
Associations between theory of mind and cognitive and affective empathy across the lifespan.

Natasha Vaughan, BSc (Hons) in Psychology
The impact of sleep and physical activity on memory consolidation across the lifespan.

Kine Ervik, MSc in Foundations in Clinical Psychology and Health Services
What is the impact of attending a participatory art service on well-being?

Fabia Slaughter, MSc in Foundations in Clinical Psychology and Health Services
Is the modified checklist for autism in toddlers accurate in detecting autism among children with hearing deficits?

Rebecca Tweedy, MSc in Cognitive and Clinical Neuroscience
Investigation of local and global processing in typical adults and adults with autism spectrum disorders.

Jack Deacon, BSc (Hons) in Psychology
The mediating effect of coping strategies on the association between depression and empathy.

Naina Thaker, BSc (Hons) in Psychology
The impact of quality of life and social support on mood in older adults.

Aimee Ogden, BSc (Hons) in Psychology
The effect of drawing ability on local and global processing across the lifespan.

Theory of mind in typical ageing.

Exploring the relationship between lifestyle activities and mood in older adults. 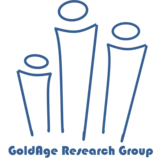